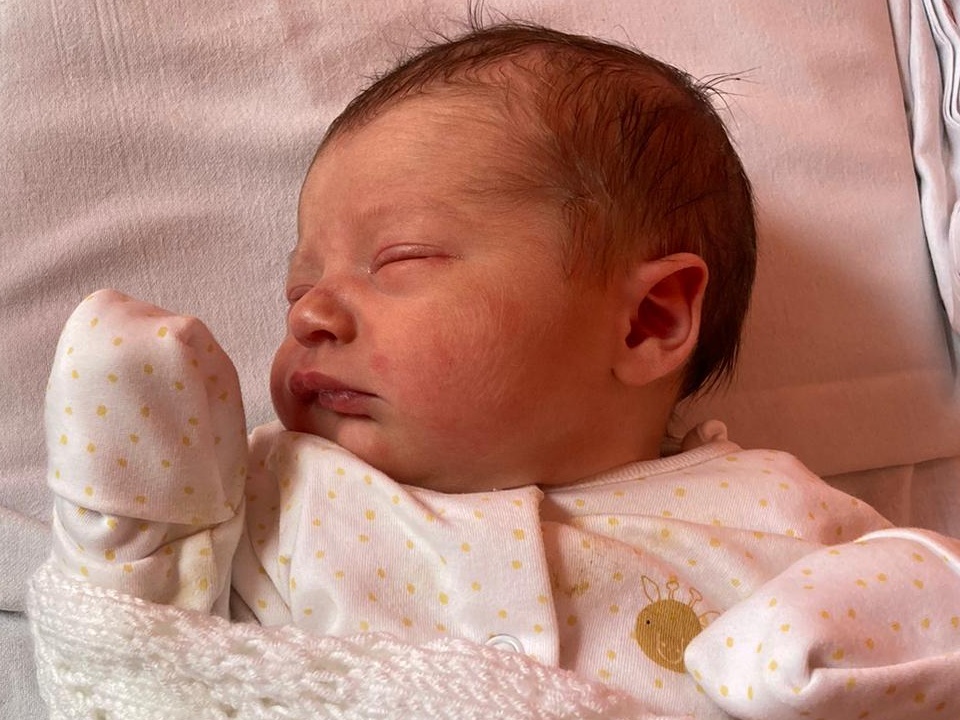 “I love the approach Charlotte took to her birth preparation. It is like preparing for the marathon and an exam Getting yourself physically and mentally prepared. Trusting you have all the knowhow and keeping yourself focused and in the zone. We never know exactly how a birth is going to go and Lara kept us all hanging on to the last moment, coming when she was ready and in totally style! This story shows how the skills you learn are applied through your pregnancy as well as the birth”

I have a long family history of inductions and long, medicated labours – the exact opposite of what I wanted for myself. And I’m so lucky to be able to say that I bucked the family trend and experienced a totally unmedicated, natural labour with no interventions whatsoever – and, miraculously for a first birth, no tearing.

I prepared as you would do a marathon or exam. I did Lisa’s hypnobirthing course and educated myself on the birth process and the various relaxation and breathing techniques I could use to ease that process, I carried on exercising and doing yoga right up until the night before I gave birth, and I religiously did perineal massage and used an aniball pelvic floor trainer to prepare physically for birth. I truly believe that all this combined is what made the difference for me.

True to my family history in one sense, I did go 12 days overdue. Those days were perhaps the hardest of my entire pregnancy – trying to stay true to the hypnobirthing mantra of believing that my body and baby knew what to do while having to face the fact that the medical professionals wanted to induce. I was bitterly disappointed about the prospect of saying goodbye to the birth I had imagined and terrified that the induction could well lead to a cascade of medical intervention and what that would mean for my body and baby. It was all the more difficult to come to terms with as I had had to fight to be given permission to use the birth pool on the midwife-led birth unit in the first place as I was on blood thinning medication throughout the pregnancy.

We tried everything to make baby come – walking, intimacy, bouncing on a ball, hot curry, raspberry leaf tea – you name it. I had four sweeps and enlisted the services of a private midwife who specialised in natural methods of avoiding induction. Nothing looked like it was working fast so I had resigned myself to that induction.

But when the morning of the induction came, I woke to what felt like contractions. I had been having various sensations for 12 days so I didn’t really believe it was finally happening. On the other hand, these contractions felt different – like surges or waves, just as Lisa said they would. When we timed them they were four minutes apart and coming at regular intervals so we called the hospital. I don’t think they really believed I was in labour (merely wishful thinking) and they advised me to make more progress at home, and if the contractions petered out to proceed with an induction as planned.

So I ran a bath with some essential oils and tried to relax to some hypnobirthing MP3s. One hour later and the surges were at two-minute intervals and I could barely speak in between as they took my breath away. My husband called the hospital again. They were again reluctant to admit me – as first births usually take longer, they said. But we insisted – and it’s a very good job we did.

By the time we reached the hospital, I was in transition. My body was shaking uncontrollably and I felt sick. By this time, the surges were coming every minute and I could barely sit still to be examined by the poor midwife. All I wanted was to be upright and walk around while I breathed with my waves of relaxation. After she examined me, she announced there was no time to fill my birth pool or for any pain relief – I was ready to push. There was just enough time to stick my Sea of Serenity MP3 on and tune into my breath and place of calm as my waters broke and I felt the urge to bear down while my husband supported my weight.

So I followed my body’s lead and – on two paracetamol that I had taken that morning – our daughter Lara was born at 12:19 after just 5 hours 29 of labour and 15 minutes of pushing. And the icing on the cake – upon examining me, the midwife declared that I hadn’t torn, merely grazed. It was a truly miraculous and extremely empowering birth experience – not only for a first-time mum but also for someone with my family history. None of the midwives could believe it and neither could I.

So the moral of my story is never give up planning for the birth experience you want to have, and never lose faith and trust that your body knows what to do when the time is right – and it will come when you least expect it.