Home » The Art of Living Well » Doing Nothing 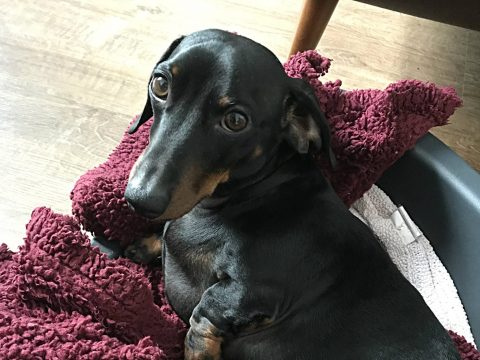 The Art of Living Well

It was my 6 year old son Sebastian and our sausage dog Otis that taught me this art of doing nothing. I’m still working on it, but the lesson keeps on coming around and I always think that when this happens it is something we really need to learn.

Sebastian and Otis (like most other Children and Dogs) live in the moment, they put the important things first, they like lots of cuddles, to play and have fun and they are persistent in sticking to what they feel is right for them. Whilst I can sometimes see both as them as pests for stopping me ‘doing’ things, I know that they are in my life to make me to stop and do nothing. The thing we resist most is very often the thing we need the most.

Otis likes to sleep ALL morning, but then when he decides he has had enough of that he is very demanding in getting my attention to take him out for a walk. Though I might not feel ready for a walk yet, I know without his persistence I would just sit working all day. In the evenings Otis demands total relaxation time. And when I say demand, I mean this little guy will pester you until you sit on the sofa so he can get on your lap. Now whilst at first I found this highly annoying trait in a dog, I realised Otis found his home with us and me in particular to teach me how sometimes it is important to do nothing.

My son also teaches me this art of doing nothing in many different ways and always just at the right time. Recently I had got caught up in a cycle of ‘overwhelm’ I’d taken on too many things and it all got a bit much. Then Sebastian was sick during the night, which meant he was off school the next day and when I reported him as sick to my horror I was informed that he had to have 48 hours off following vomiting! What?! I was too busy for this and he was perfectly ok to go to school after the first day, I wish I’d sent him in the morning after now and not told them! But then realising there was nothing I could do about this and it didn’t matter too much because it wasn’t a day I had homeopathy or hypnobirthing clients, I surrendered to this forced downtime, which was actually the best thing that could have happened.

We had 2 really lazy days and it was just what I needed. And the revelation? I really enjoyed doing nothing and everything important still got done in the end. When I did get back to work I felt in a much better place to tackle the other things after a couple of days of rest. Now I know all of this and I’ve written about it before, but still I find myself back in this place time and time again

Since then I’ve been making space each day to nothing, which feels very alien to me. Even though I take time to look after myself with daily self-care, I’ve realised this is still ‘doing’ in some way. For example having a bath, yoga, reading, listening to music, breathing practice, walking, all of these are activities even though restful and restorative one.

Actually doing NOTHING really raises emotions of guilt and anxiety in me. So I’ve decided to face this and see if whatever it is I fear about doing nothing is as bad as I think.  I’ve started with 10 mins daily, laying on the floor or bed, it’s like a mini/micro nap, but it seriously great. I don’t fall asleep; it’s just very quiet and restorative. And the more I do it, the less worried I feel about stopping , it is becoming easier and nothing bad happens.
It is such a simple thing. Give it a go. See if you find it easy or what emotions come up for you around doing nothing, it is very enlightening about our own tendencies and patterns. I’d love to hear about your experiences of doing nothing.