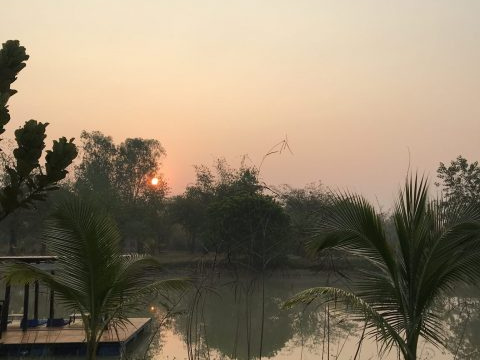 From 5 minutes rest to 2 weeks in Thailand

This time last year I was in Thailand, on my own, on a yoga retreat.

If you had said to me 7 years ago that I would do something like this I wouldn’t have believed you. It would have felt impossible.  My son was only 2 then and also because my relationship with self-nurture was non existent.  I was really struggling, I felt swallowed by Motherhood, the lack of sleep that went on for 4 years was torture.  I was trying to run and set up a new business.  I didn’t even know what self-care was and it was quite a sad feeling to realise that I had neglected myself so much.

After my second burnout (because the first time I didn’t get the message!) I made a pact with myself to change things.

At the start progress was slow, it felt like everything was against me, the “what’s the point?” voice kept surfacing.  I kept falling down, but I never gave up on the hope that I could change things, I knew it had to come from within me. No matter how hard it seemed I knew I just had to keep making small steps in the direction I wanted to go in.

I’ve been thinking back to that 2 weeks away in Thailand and looking forward to the next time I can make something like that happen for myself.  Because I know I made it happen through my choices.

I started small, making 5 mins for myself here and there, that felt simple but in no way easy at the start.  I persevered and eventually the 5 mins became longer consistent amounts of time for me. And that became 2 weeks away on my own!

I’m not saying you have to go on a yoga retreat to Thailand (though I highly recommend) this is about choosing to make Motherhood work for you as well as everyone else.  To nurture your family you have to nurture yourself.

This is what I want to support Mums to do. I want to wake up that feeling in your heart that you are a priority in your life and support you in making the steps to make it happen.

If you want to join my free facebook community where I support Mums in connecting in to how they want to nurture themselves CONTAC ME and I will tell you how to join.